Why are so many people of my generation killing themselves? I began writing this blog in May after hearing about the death of Chris Cornell and did not finish before learning that another high-profile musician from my era, Chester Bennington, tragically took his own life this past weekend. Some have speculated that Generation X, being a kind of “sandwich generation,” has had a singular difficulty as the middle child between the vaunted Baby Boomers and the younger Millennials, both of which are larger in number and garner more attention, for better and for worse. Indeed, there’s not much that’s said about my cohort that goes deeper than vague generalities. And our music, the birth of the grunge movement, reflects that feeling of resigned despair.

But the depth of grief and anger required to take one’s own life is more than the weight of a sandwich generation. That’s the weight of worthlessness. That’s the weight of aloneness. That’s the weight of lost identity.
According to Wikipedia, our generation didn’t even have a name until the early 90’s, about 10 years after the last Gen-Xer was born. That seems significant. Or maybe insignificant is a better moniker.
Many of the people I’ve known who have battled suicidal thoughts report a belief that their lives do not matter in the same way other people’s do, and that life would pretty much go on without a hitch without them. They often feel fundamentally different from others, resulting in an uncomfortable fit with a world they believe does not need them, much less want them. Just to make it through each day feels like squeezing a square peg into a round hole. It’s tiring and difficult, and it’s a heavy burden.
Most suicidal people have expressed feeling overwhelmed by this burden. Everyday activities tend to take exceptional amounts of energy, which is more than they have within them. They report feeling as though they fall behind and simply can’t catch back up. After a while it just gets too difficult to keep trying, and to ask for help often feels like passing on the pain.
If you have ever battled with suicidal thoughts, I want you to know that I realize how hard you are working, and I hope you won’t give up on finding relief. The suicidal part of yourself is only part of you—it’s not all of you. And I know it just wants relief. In seeking that relief, though, please remember all of the other parts of yourself that have kept you fighting for life this long. They deserve relief, and they deserve to live, they are just tired.
I also want you to know that contrary to what your inner critic may say, you are valuable and important. You are better than you believe. Your worth does not come from what you accomplish, don’t accomplish, what other people say, think, or even how you feel. Your value is simply inherent. There’s nothing that changes it. I know some might disagree with me. I rarely ever make blanket statements, but anyone telling you differently is just wrong. You are valuable simply because of your miraculous existence. Think of the odds that you would exist here and now. Just biologically. It’s mind boggling.
If the spiritual angle on all of this doesn’t interest you, there is something else I’d like to show you: 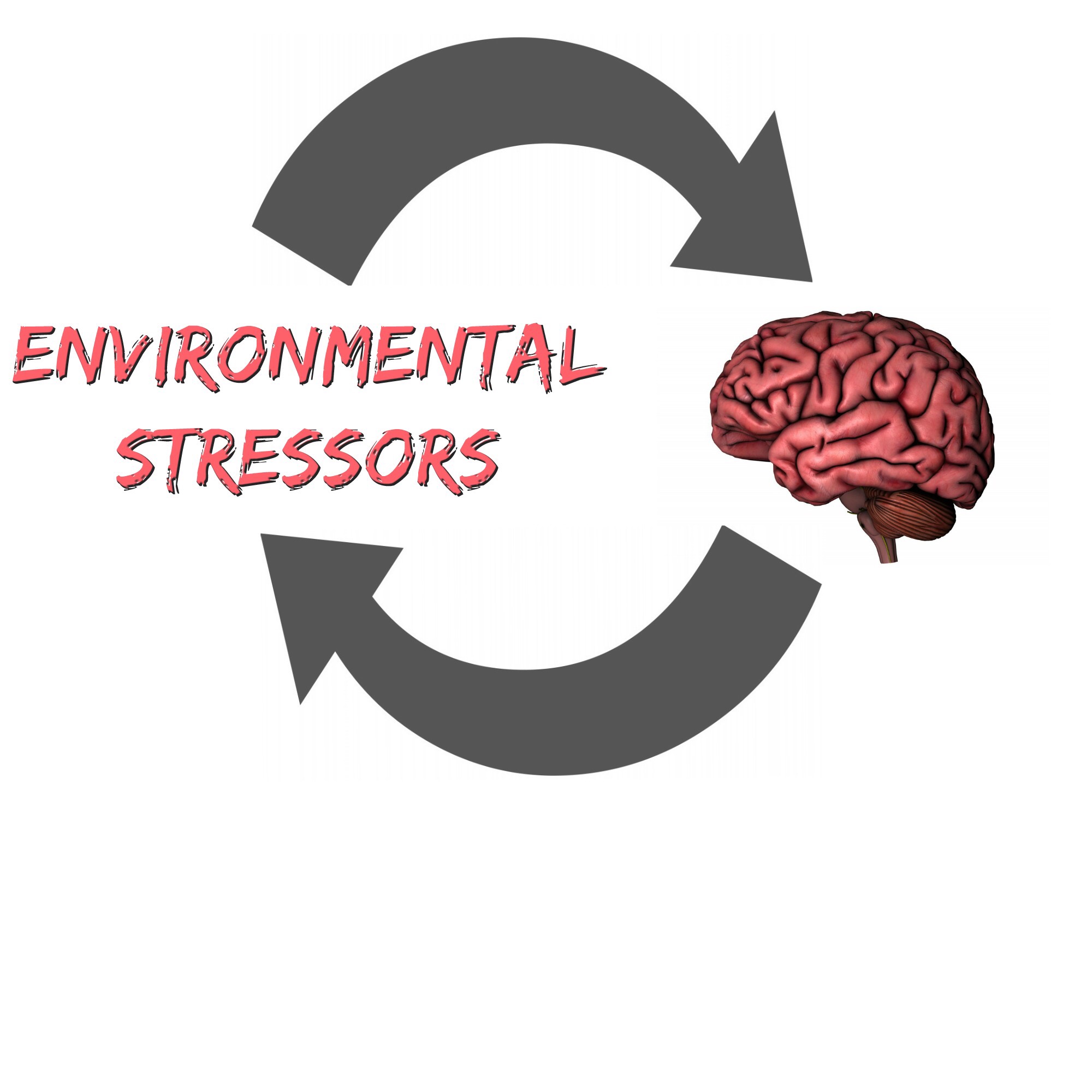 It is very likely that your biology and your environment are caught in a vicious cycle that feeds upon itself. It does not matter if depression started on the biological side (in your brain) or with certain environmental stressors (in your life); when either one gets worse it makes a negative impact on the other. Without help, this cycle can grow until it becomes overwhelming and unmanageable.
Human emotional centers are located in the brain. If our brains, which are organs and respond to stress just like other organs do, begin functioning less optimally, small everyday stressors become monumental. Likewise, when we experience significant stressors in our lives, this often puts the organ of the brain in distress. Which leads to a decrease in its functioning, which leads to our stressors feeling even bigger… and on the cycle goes.
If you’re feeling worthless or alone, know that there are people who truly want to help you and would not consider it a burden to do so. Please seek us out and talk about your struggle. One of the many things we got right in our generation is that we expressed ourselves through our art. But something we can learn from our younger brethren, the Millennials, is to freely talk about ourselves–artistic or not—and to ask for help. We are important, so let’s start recognizing it. Let’s start verbalizing it. Let’s start INTERNALIZING it. We’ve internalized everything else, for goodness sake.
Suicide is obviously not just a problem for my generation. The suicide rate for every age group (except those over age 75) has risen consistently during my lifetime and in 2016 reached a 30-year high, proving that you are not alone in your fight with this. Clinical depression, anxiety, and/or PTSD are huge contributors, and those issues certainly transcend age groupings. Please seek help if you think you may be dealing with one of these conditions.
Getting relief from depression and suicidal thoughts usually takes a combination of community and medication. Find a good therapist and a good psychiatrist. Get involved with a group of people that have been through their own dark places. Your therapist can probably help with this. Don’t wait.
If you or someone you love is actively contemplating suicide, treat it like the emergency it is and go to the ER of your local hospital. Don’t wait until tomorrow. They can provide short term treatment there to get you in a more stable place. Even if you have already done this in the past, please do it again. It might not be the ultimate cure, but it can keep you going until you find it. You can also call the National Suicide Prevention Lifeline at 1-800-273-8255 to talk to someone 24/7 about anything you need. May you find the strength, energy, and peace to continue the fight. I’m sending you my support from here.
–By Matt Thames, M.A., LPC

Five Ways To Prepare Your Toddler